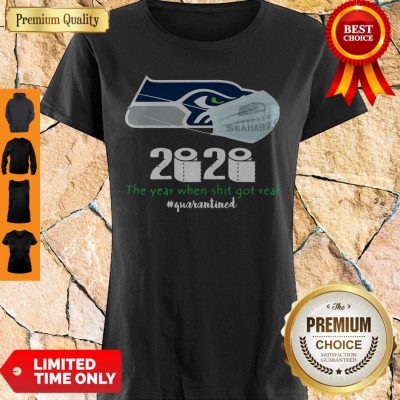 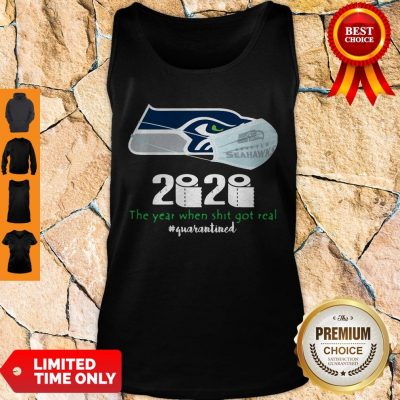 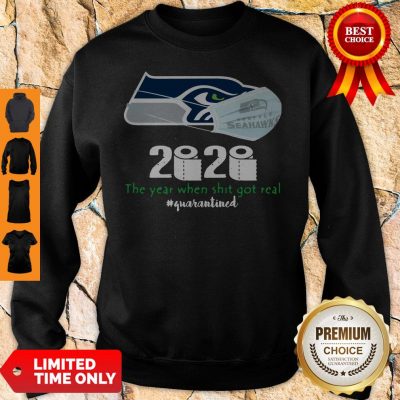 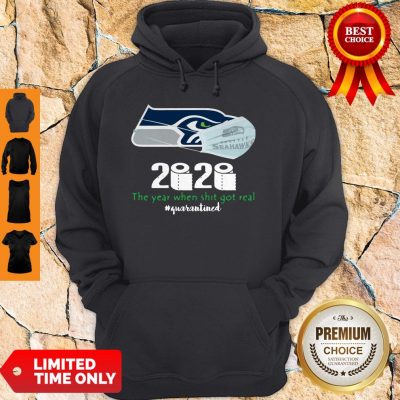 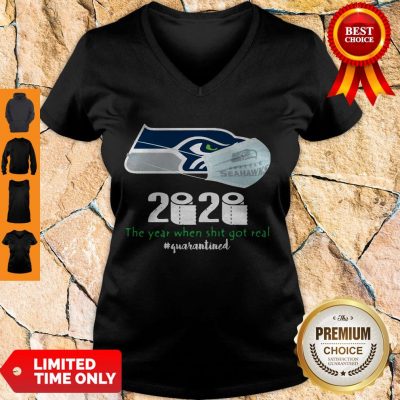 Yeah, I’d like to Seattle Seahawks Mask 2020 The Year When Shit Got Real #Quarantined Shirt see some more angles too. Especially because the refs supposedly went under the hood and got more angles that we didn’t on TV and made the call. Based on what we saw, the refs were consistent in this game and not overturning stuff when there wasn’t clear and 100% confirmation of where the ball was during replay. Great game, Seahawks. I rue the day this rivalry continues while Wilson is still playing and Rodgers has retired (after his third Superbowl ring?). Russel Wilson could legit be MVP with the difference he makes. Still “no clear recovery” absolutely floored me. Packers player holding onto the ball and hands it to the ref “no clear recovery”.

Yeah – the Seattle Seahawks Mask 2020 The Year When Shit Got Real #Quarantined Shirt post-replay ruling was essential, “You’re right that it was a fumble, but because we did our job so poorly, we can’t give you the ball.” I appreciate the info. I don’t understand why they don’t let all those plays play out. Saw it earlier in the season with a fumble/incomplete pass call that screwed the Saints. Now tonight with this call, and several throughout the season. I mean, they’re trying to avoid additional, unnecessary hits after a play is over. So I get why they’re in somewhat of a hurry to whistle a play dead. Especially with the way the ball came out with the body of the receiver in between him and the side judge who blew it dead. That being said, the clear recovery rule has to be looked at. Imagine the packers don’t convert those third downs, and Russell brings them back to win by 1-2 points. That call would be the difference.

I definitely get the Seattle Seahawks Mask 2020 The Year When Shit Got Real #Quarantined Shirt unnecessary hits point. But those guys are gonna fight for the loose ball 99 percent of the time anyway. Idk. They definitely need to address it. To your point, can you imagine the backlash if the situation you described unfolded last night, or in any game? Yikes. We’ll see how it goes I guess. Yeah, it’s a tough question to answer. The Saints play being blown dead was a terrible call, but they happen probably 10 times a year, so percentage-wise, it’s not that common, but they usually get notoriety. If it were me as a ref, I’d try to be balancing letting the players play versus something happening afterward that could have been avoided. Basically, if someone were to get injured after the play should have been over, that would be bad too.