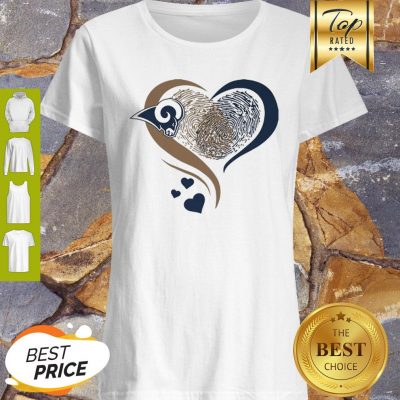 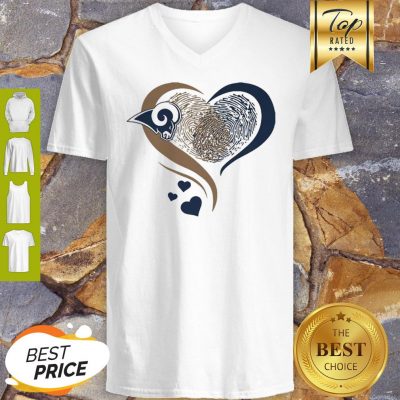 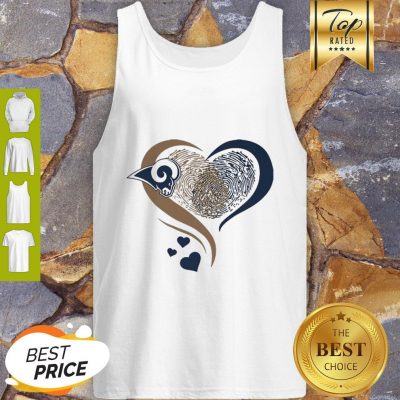 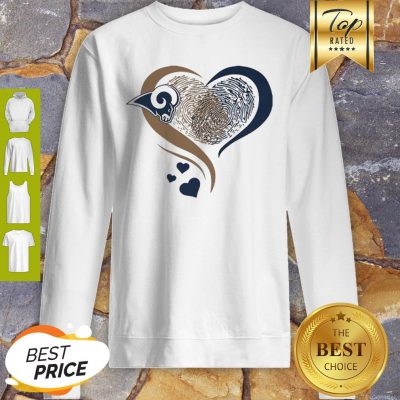 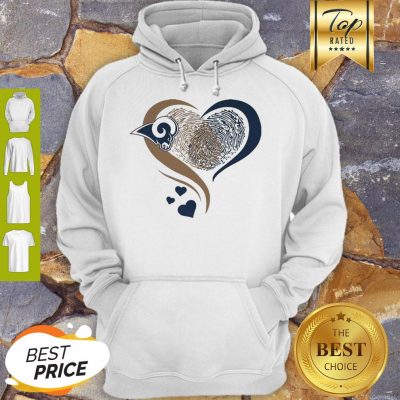 I also left the Los Angeles Rams Heart Fingerprint Shirt stock protector on. I really like it. No plan on replacing it until it gets scratched or something. Agreed. Can’t justify taking it off when it has been applied so perfectly. I do not think ill ever be able to replicate it. I switched mine to the Whitestone Dome. The new dome is noticeably thinner than the one for my Note 8 and works perfectly with the on-screen fingerprint sensor with no cutout. Just be sure that after you let the glue spread out to the whole display you hit the top and bottom with the UV lamp for 30 seconds each and then press semi-firmly on the screen where the fingerprint sensor is located before continuing to cure the glue.

Haven’t used screen protectors of Los Angeles Rams Heart Fingerprint Shirt any kind ever since the S6 Edge. Because all protectors for curved screens suck. Oddly enough every device since then has had an essentially immaculate screen at trade-in time. It’s just not necessary anymore for the typical user. If you work in a mine or on a beach and use your grimy hands on your device that’s a different story. This is certainly the best OEM screen protector I’ve seen. Way better than the S10+ screen protector. It almost seems glass-like and not the same “self-healing” plastic material used on the S10+ that was always scarred up.

My cat threw down my phone and it landed on the Los Angeles Rams Heart Fingerprint Shirt couch on the TV remote. Luckily it didn’t scratch the screen, but the protector just burst open on the point of impact and how it formed an air bubble there… still waiting for my Spigen Neoflex to be delivered. That’s what I keep trying to tell people. I will say the one on this model is better than previous ones but it’s not really meant to be a long term solution. You really don’t even need one anymore, to be honest.